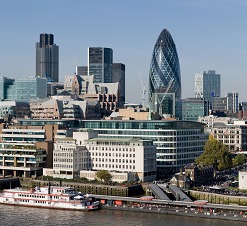 According to the Evening Standard, there were  46,259 Burglaries in London last year with only 6% being solved by the police.

Londoners working and living in and around the City of London stomached 169 residential and commercial burglars per sq km in the first 9 months of 2014, this is the highest number or any borough in the greater London area, police think this is primarily due to the high density of offices which provide rich pickings for thieves. Islington suffered 119 burglaries per sq km putting them in second place with Hackney, Camden and Westminster not too far behind. The density of housing in addition to tower blocks is also contributing to the problem in addition to opportunism and accessibility. Areas with high levels of poverty also suffer higher amount of burglaries and crime in general. This is in contrast to areas such as Kensington and Chelsea which ranked 32nd and 33rd despite house prices being 36 times the average earnings. This is a clear indication areas of affluence are not always targeted but areas of deprivation usually are.

While burglars may target expensive properties there is surprisingly little evidence to suggest any correlation between the value of the property and the break in rate. There are of course a different number of reasons for this. It may be due to more expensive properties having better security such as stronger locks, deadbolts on doors, stronger window locks, CCTV and burglar alarms etc. Another factor worth mentioning is that crime is usually carried out within the same community as where the criminal lives. However no matter where you live, you should take control of your own security for your place of residence as well as your business if you own one.

Follow this link and find out how you can reduce your chances of being burgled.

All of our locks and equipment are sourced from the most trusted & reputable suppliers within the industry. 02083029005