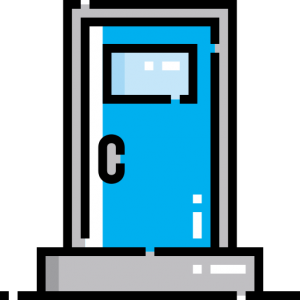 Our Fully Trained & Qualified Locksmiths can unlock any door, fitted with any type of lock using a variety of modern and traditional locksmith skills & equipment.

If you need a lock changed or a fresh lock installation our locksmiths are equipped with the latest locks varying in security & price giving you control.

ITCC’s 24/7 Emergency Locksmith Service can come to your aid in as little as 20-30 minutes, day or night to unlock your doors, change your locks or to conduct burglary repairs.

UPVC doors and windows can cause serious problems when they don’t work properly. Our locksmiths can repair & replace your UPVC mechanisms and window handles if needed.

We can conduct burglary repairs if you have become a victim of a burglary or vandalism, we can board up your windows and secure your doors.

ITCC Locksmiths only use  equipment and locks from the most trusted and reputable manufactures and suppliers including Yale, Banham, Avocet, Legge, Maxus, Era, Versa, Master Lock to name just a few.

We are so so confident in our workmanship we provide all of our customers with a 12 month warranty on all parts and labour, ensuring your long term satisfaction.

Our locksmiths live local to the areas they cover and as a result can be with you in as little as 20 minutes, depending on traffic, to resolve your lock problems.

ITCC Locksmiths is a family run locksmith company with over 13 years of experience within the industry.

We are experts when it comes to home and businesses security. Our locksmiths are some of the best within the industry with some having over 25 years of experience under there belt.

We ensure all of our locksmiths are trained and equipped to complete most jobs in single visit.

We have teams of locksmiths and technicians located all over Greater Manchester and the surrounding areas, meaning we are never too far away.

ITCC Locksmiths specialises in all aspects of home security and delivers a comprehensive locksmiths service 24 hours a day, 7 days a week. No matter what situation you find yourself in regarding your property or business security, we will always be able to help. Maybe you require a simple door unlocking, or your locks upgraded to meet British standards for insurance purposes, or maybe a complete overhaul of your security, you can always count on ITCC Locksmiths.

Our Locksmiths and technicians have been delivering a top class comprehensive locksmith service to thousands of customers, resolving all manner of problems for the last 13 years.

For a comprehensive and professional locksmith service around the clock ITCC is the right choice.

Call ITCC Abbey Hey Locksmiths If You Have:

Find a locksmith near me, ITCC locksmiths have a team of  skilled locksmiths stationed all over Greater Manchester.

ITCC Emergency Locksmiths in Abbey Hey can be with you fast, in as little as 20 minutes and can resolve any lock or security related problems.

We can come to your home and undertake a wide range of domestic locksmith services no matter how big or small.

Our locksmiths can secure your business premises with a wide range of products, from locks to access control systems to electronic gates and much more.

Home Security is of vital importance but is often neglected especially by those who have never been a victim of such an awful crime. Here are just some tips on how you can increase the security of your property and beat the burglar.

Tip 1:   Double Locking your door is  the best way to dramatically increase the security of your door. It helps protect both wooden and UPVC doors from a number techniques used by criminals. For more info check out our Comprehensive Security blog.

Tip 2:   High Security Locks are designed and built to withstand attempts to either bypass them such as picking and bumping or destroying their internal components by drilling. Look out for the British Standard kitemark and star ratings, with 3 stars representing the highest level of security when it come to Euro Cylinders.

Tip 3:   Wooden Doors are vulnerable to a technique called sliding which involves placing something extremity thin and flexible between the latch and the door to remove the tension from the latch, opening the door. One way to overcome this issue is by double locking as stated in Tip 1. A second way is to ensure your latch is an auto deadlocking night latch which requires the key to unlock, meaning this commonly used method no longer works.

You can find out more about which cookies we are using or switch them off in settings.

This website uses cookies so that we can provide you with the best user experience possible. Cookie information is stored in your browser and performs functions such as recognising you when you return to our website and helping our team to understand which sections of the website you find most interesting and useful.

Strictly Necessary Cookie should be enabled at all times so that we can save your preferences for cookie settings.

If you disable this cookie, we will not be able to save your preferences. This means that every time you visit this website you will need to enable or disable cookies again.